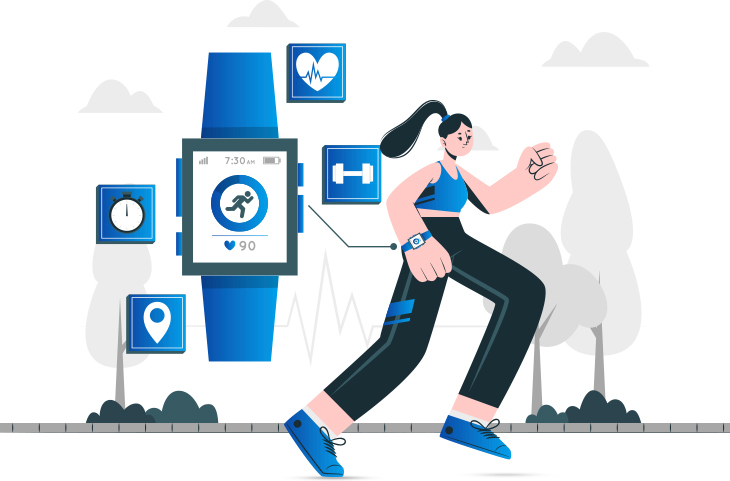 Remember what Tom Holland used to wear on his eyes in the 2019 Marvel’s Action Thriller Spiderman: Far from Home? An eye-glass with AI-based voice recognition, recording, and a smart visual identification system provided by the fictional Stark Industries. The budding wearable app development technology is converting several science fiction elements into reality and also providing better business opportunities in the future. Now, what you have to learn is to adopt such opportunities to broaden your online business presence.

However, wearable goods & products are not enough. They’re often connected to smartphones and mobile apps that users have. These smartphone apps are the technology of today and without such integration, you can’t use the wearables properly.

If you’re looking to create a mobile app, you can integrate it into a relative wearable technology if your online business model suggests so. As more wearable techniques are taking birthdays by the day, you may recognize your opportunity ahead of time to rule the app stores in the future.

In this article, we’ve discussed the 5 best wearable technologies you can follow in 2022 to bring a significant update to your mobile app for more user engagement.

What Are Wearable Technologies?

Wearable app development technologies are the goods and products that promote the Internet of Things (IoT) and connect certain smart products, let’s say smartwatches to your smartphone apps or any internet-based medium. The users can use various smart features of such products anywhere anytime with an internet connection. Moreover, they can control various functions of such wearable goods using their mobile app.

Based on such goods and products, the app developers are creating innovative mobile apps convenient for both iOS & Android platforms and the app owners are planning to expand their business dimensions by providing likewise services on app stores. These smart electronic products could be wearing on the human body parts like- wrist, waist, eyes, ears, and fingers, etc. That’s why they’re called wearables.

The world’s first smart wearable was a ring generated by McLear/NFC Ring in 2013. The device was able to unlock other devices, share out personally identifying information, and could pay out with Bitcoin. The same was followed by a smartwatch from Samsung called Samsung Galaxy Gear in 2015 that opened doors for many tech giants around the world to bring innovation to their existing business model.

The Healthcare sector has shared a huge interest with such wearable app development services and the technology has succeeded to track down the enlisted human health conditions so far:

Anyone can believe that a smartwatch does that all in the current era of technology. As such, the importance of relative mobile apps is increasing with time. Wearable devices are going to be more than 1 billion by 2022 all over the globe and as a result, you need to upgrade your existing mobile app to provide for the emerging customer tastes & preferences in the future.

The upcoming year would bring enhanced opportunities for businesses and start-ups to invest in mobile apps based on better wearable techniques. In this segment, we’ve represented the top 5. Take a look:

It is not rocket science to anticipate what internet network level is required to run such futuristic devices. As such, 5G network could bring a fantastic experience for both mobile app users and tech companies integrating with the advanced wearable devices. The new devices are going to be 5G enabled and that is what you need to understand about your next mobile app development or update strategy.

Smart clothes and footwear are going to cover multiple aspects of the physical health of the users. Due to the current hectic & fast lifestyle, people are becoming more conscious of their health & fitness. As such, the demand for such smart clothes & footwear isn’t going anywhere and you’ve got a perfect market opportunity to bind your wearable application development strategy around that. Smart clothes and Footwear are representing a new aspect of fashion trends in the coming years.

With the inception of such smart devices, one industry has witnessed enough innovation as compared to others, that’s gaming. Now AR-based games are also becoming popular and delivering unmatched experience to budding gaming enthusiasts all over the world. Therefore, the demand for AR-based mobile app development has become a significant integration for the upcoming wearable application development technologies in 2022.

VR is a complementary technology concerning AR. Where AR is focusing on adding innovative functions & animated elements to the creative visuals you see on a VR device, VR is completely dedicated to the visuals. Future VR devices can show you multiple versions of visuals related to a particular subject. As such a considerable wearable app development service is crucial for your online business presence.

Inspired by the Novel Corona Virus outbreak all over the world, we could anticipate that the new year could bring more severe variants of the virus to affect the world back. As such, the demand for advanced health and fitness trackers could rise to a higher extent and you have to make sure to control your market position with your mobile app more effectively. 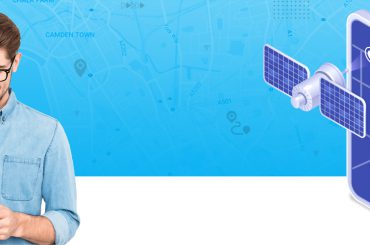 How to Create a Parental Tracker App Like Celltracker.io? 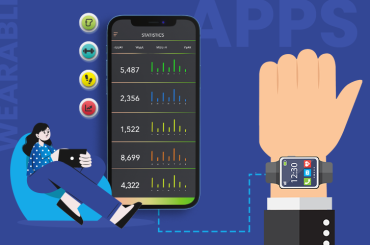 What are the Challenges & Benefits of Wearable App Development? 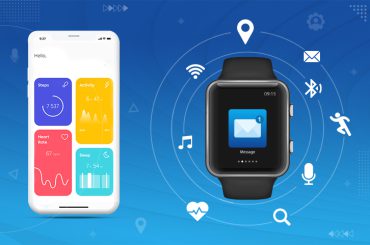 All You Should Know About Wearable App & Relative Technology