The gaming industry’s next big thing is blockchain technology. For a few years now, blockchain-based games have been available everywhere. However, the quantity of games in the market has increased recently. To safeguard crypto token transactions, blockchain systems utilize incredibly strong data encryption techniques such as the private key-public key. These data encryption techniques are invulnerable to hacking using the computer capabilities we currently have.

The development of decentralized gaming apps is now possible because of this technology.

The worldwide gaming industry is anticipated to increase by $125.65 billion, at a CAGR of 12.40% from 2020 to 2025, according to the most recent Technavio analysis. Blockchain technology’s incorporation into gaming applications is a key component fueling the market’s expansion.

When it comes to the arts, energy, and agriculture, blockchain has taken a significant position. Blockchain’s adaptability has also contributed to its success in the gambling sector.

NFTs and bitcoin are examples of blockchain technology that might be used to monetize video games. Many live-service games include in-game customisation options, such as character skins or other in-game items that players may buy and sell with other players using in-game cash.

Trading virtual goods for real money is possible in some blockchain-based games, however, in some countries where video games are seen as gambling, this may be against the law. Because of this, there have been problems in the grey market, including skin-based gambling, and publishers have traditionally been reluctant to let players make money from games.

Why Implement Blockchain in Gaming?

Due to several underlying problems, the gambling business has always been contentious. High costs, unsecured data, fraudulent activity, and concealed odds worry players. However, with blockchain technology, these issues can be overcome. In reality, businesses have already begun implementing this technology to foster player trust.

Anywhere in the globe may access the gaming business. Fiat currencies are not cost-effective even when players have the option to leverage them. A gamer must pay exorbitant fees to use online gaming.

Blockchain enables players to avoid using their debit or credit cards. This technology provides a decentralized solution for payments of any size. A con artist cannot affect the market or take the information.

The gambling sector takes the most blow from online scams. As a result, the sector is continuously searching for methods to recover lost profits.

Blockchain eliminates all chances of fraud, which can save billions.’

The security of game objects is continuously threatened by hackers. Therefore, it appears risky for gaming firms to store data online. However, blockchain encryption has shown to be a long-term fix.

Hackers can’t access data stored on a blockchain. For this technology to breach, the right nodes must be present at the right moment. Because of this, game objects have two layers of protection to prevent hacks.

Improved command over the gaming industry

The economy of a sector might be restricted or regulated by the government. Black markets emerge as a result of strict rules, which is never beneficial for any sector. Gaming businesses have also been impacted by this issue. The industry is becoming less under the authority of game creators.

There is no need to develop policies using Blockchain. Every game ecosystem has the potential to provide a developer with continuing royalties. Additionally, blockchain enables an independent game creator to start and stop selling assets at any time.

Lowering the cost of in-app purchase

The client base for game creators is limited by the high cost of gaming goods. This is another reason why players search the digital market for gaming things that have been stolen. However, micro-transaction benefits from blockchain are reasonably priced. Because of this, developers may be able to market their power-ups at a loss. Additionally, a user has control over how much money he spends on online gaming.

Limitations of Blockchain in Gaming

However, the adoption of blockchain technology has brought new obstacles as well as possibilities for a variety of enterprises, including:

Crypto games are challenging to play because of the gameplay method rather than their plots. A player must create a user account, which is a simple process, to begin a game. The next difficult step is for a player to create a cryptocurrency wallet and purchase a specific quantity of cryptocurrency, depending on the type of Blockchain game.

Since regulatory organizations are still attempting to comprehend how cryptocurrencies like MANA, Theta, and others work and whether or not they should be utilized in blockchain gaming, their use creates a hurdle.

With new games and platforms being developed regularly, the gaming business is extremely competitive. Blockchain-based games may find it challenging to compete with traditional games as a result.

In the market, a lot of Blockchain-based games have been developed.

How is Blockchain used in gaming?

Blockchain is a digital ledger that is distributed and decentralized, allowing for safe transactions and keeping records. For companies and gamers that use NFTs and cryptocurrencies to buy in-game assets that may be converted into real money, it has created a unique gaming experience.

You can’t refute the altering cryptocurrency trends that eliminated the whole gaming business, especially given the substantial growth of the gaming industry.

NFTs are non-fungible coins that may be exchanged or used to pay for avatars, memes, movies, and other digital goods in blockchain games. NFTs provide players with a means to genuinely own their digital assets. Due to the lack of a middleman like another player, players have more influence over what happens to these objects and may trade and sell them more easily.

Blockchain has spawned a brand-new category of games dubbed “Crypto-Games,” which vary from typical games in that they let players earn cryptocurrency (or digital cash) by participating in the game. These games’ cryptocurrency may be exchanged for real money or used to purchase more in-game goods. How then does this operate?

The goal of a cryptocurrency game is to motivate players to keep playing by rewarding them with cryptocurrency that can be redeemed for real-world products and services outside of the game, or what is known as “the real world.”

Virtual competitions and events are essential to the broader gaming business. Virtual competitions have been held all over the world for decades and handling the teams, prize money, and event spaces demand a lot of resources. However, this procedure has been fraught with difficulties, including exorbitant registration fees, expensive tickets, limited bandwidth, cybersecurity issues, etc. It is also difficult to confirm the benefits that participants receive.

Future of Blockchain in the gaming industry

Blockchain appears to have a promising future in the gaming sector. We can anticipate seeing more blockchain-based games and platforms in the future as more companies investigate the technology.

Crypto is the future of gaming, according to the CEO of Quantum Economics. The things we buy in-game will have worth in the real world, and the games we play will resemble the real world more. So, if you want to gain from blockchain in the future, you must invest in it today.

We may also anticipate seeing more features and uses for Blockchain in gaming, such as quicker and more secure transactions, decentralized platforms for virtual worlds, and new kinds of digital assets, as the technology advances and is more generally embraced.

Now that we understand how cryptocurrency and video games interact, we can create a more entertaining, safe, and seamless gaming environment. The world of cryptocurrency gaming is still developing. Users will be able to test out new games in the upcoming year’s thanks to this.

The gaming industry has never let down its customers. While the internet promoted the growth of the gaming sector, it was unable to keep out dishonest people and unscrupulous gamers.

Thankfully, blockchain-based gaming is the next step in safeguarding video games and creating a long-term industry standard. Because of this, cryptocurrency and video games have the potential to drastically alter the gaming industry. 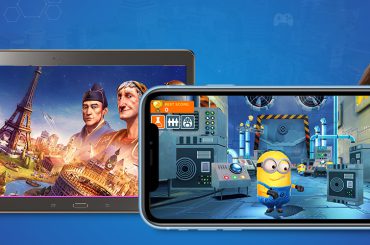 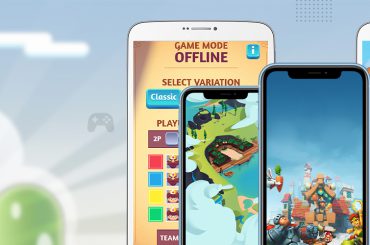 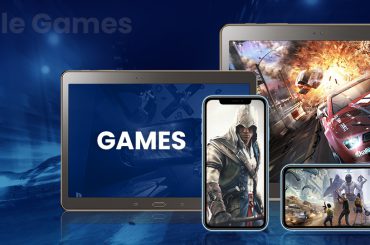 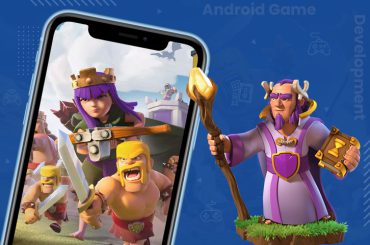