Training simulation is one of the leading applications of VR and is being used in multiple sectors these days. Likewise, VR technology is gaining popularity among different app businesses and niches. VR headsets are used in the healthcare, retail, manufacturing, construction, and entertainment industry. Apart from headsets, Virtual Reality app development is also focused on other devices based on the same technology.

Through this article, we want to highlight Oculus Quest and the corresponding Virtual Reality app development services.

What is Oculus Quest?

It is a renowned VR device brand that has become a part of Meta recently. Meta is its parent company and is equally involved in the development of the virtual world in the future. Virtual Reality will become a part of human life and we will start living in 2 different worlds in the future. Consequently, Virtual Realityapp development is getting more preference in the app market and many start-ups are spending on this model.

Oculus Quest is a renowned character in this story. It is a VR device company that’s regulated by Facebook and Meta. The brand has got its own app store where developers can deploy their VR applications and get instant user recognition. Oculus Quest builds world-class VR headsets for providing unmatched virtual experiences to the users. Their devices can be used along with eyeglasses as well, so there’s no need to avoid them.

That’s what makes it a revolutionary VR headset in the market!

The headset is used to set up your smartphone or a relative device whereas the controllers are used for giving various commands to the content you’re watching on the headset. Moving ahead, the glass spacer helps the user fix his/her eyeglasses for a better view. Then comes the charger which renews the device battery over a period. You can get more accessories based on the product category you’ve purchased.

You can either deploy your VR application to Google Play, App Store, or Oculus Store as well. That’s right, Oculus Quest has got its own app store but doesn’t allow enterprise applications to be launched on its database. You will find popular applications like Superhot and Beat Saber on their app store. Many AR VR app development services are focused on providing an Oculus Store compatible product to the clients.

You can follow the enlisted points to learn how to link your Virtual Reality app to Oculus Quest:

Pairing the Oculus Headset with your app is quite simple. You need to make an account on the Oculus Developer Dashboard. This account will showcase your developer identity. After that, you need to install the Oculus Quest app on your mobile. You can either use Google Play or App Store for installation. To do the pairing you must go to the “Settings” tab at the bottom of the Oculus App. Find “Pair New Headset” and select it. Then select “Oculus Quest” and you’re done.

SideQuest is a platform that has got various VR games and applications for easy download and installation. Using the platform, you can download games and content that’s not available on the Oculus store. To install the platform, you can simply visit their website and select the games and applications according to your tastes and preferences. The program is available for Windows, Linux, and Mac OS and you get all the download instructions on their web page.

You can cast your TV, Monitor, and even your smartphone on the device. For linking any of those devices you can open your Oculus Quest application and select the icon of casting available in the top right corner. You will get to see the “Cast From” option where you need to select the headset. Now, you need to review the “Cast To” option where you can select a particular device, let’s say your mobile phone. After that, you simply have to tap the “Start” button.

That’s it. You can now start using your device’s display through your headset. You can see a red dot appearing on the upper right corner of the screen that indicates your successful casting status. As such, you can enjoy a VR game or application on your new Oculus Quest headset and enter the virtual world so easily!

Virtual Reality app development is a revolutionary idea of converting your futuristic business vision into reality. It is giving birth to a whole new industry and you can be a part of it setting up a new firm and representing your VR content to the world. 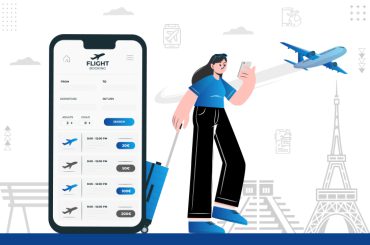 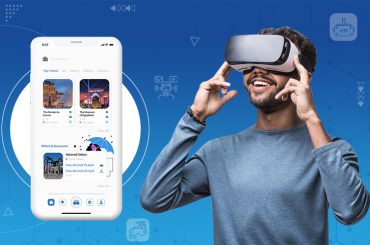 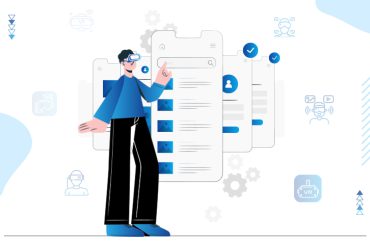 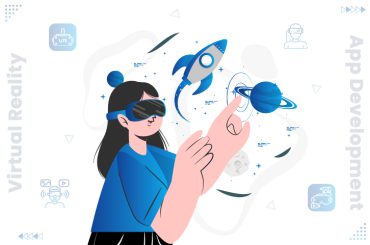