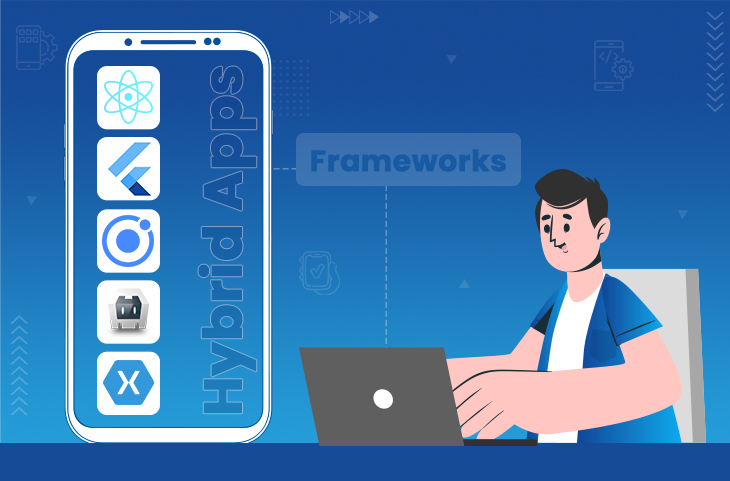 What app-building model do you prefer to go with, regarding your mobile app project? Developers usually work on 4 models- Native, Web, Hybrid, and Cross-Platform. A hybrid app is a combination of native and web-based components. A Hybrid App Development Company can guide you better regarding your app-building plans. You should know about the audience who like hybrid apps. Only then, you can add the right content and functionality to your app.

Likewise, some audiences are more interested in using native apps. They love to purchase unique devices like iPhone, Blackberry, and other flagship products. Consequently, they contribute to special brand growth and market share. A Hybrid App Development Company thinks the opposite of that. Such app companies want to target a wider audience and build their product accordingly.

For building a hybrid app, the companies must reach out to a good app development agency or hire skilled and experienced app developers. It leads to a perfect outcome as per your app-building plan. An app development firm can suggest the top Hybrid App Building Solutions regarding your project requirement. Moreover, they use the best frameworks to create stunning hybrid apps for your online business.

If you’re planning to build a hybrid app yourself, you must review the top app-building frameworks to use in 2022 as mentioned in this post!

Meaning & Use of Hybrid Apps

Mobile apps are used to fulfil different user demands and preferences. Mobile apps represent some form of online business, product, or service niche. Hence, multiple app-building models have emerged over time. Hybrid is also an app-building model that focuses on providing for both native and web users. A Hybrid App Development Company has to consider 2 segments of users before initiating the development project.

Listed below are the different uses of hybrid apps for clients and users:

In this way, Hybrid App Building Solutions are getting popular with clients and users around the world. The demand for such apps is rising and creating new business opportunities in the industry!

The demand for mobile apps is continuously rising across the world. More people are purchasing smartphones than earlier and mobile internet is also becoming accessible in remote and rural areas. Therefore, many hybrids app-building frameworks have emerged in 2022. In this segment, we’ll discuss the top frameworks and tools you can use this year for your Hybrid App Development project. Let’s proceed:

Ionic is mainly a cross-platform app-building framework. However, it can be used to create remarkable hybrid apps for various online businesses. The framework is open-source and convenient for multiple uses. Nearly 17% of global app developers are using Ionic to build competent apps for hybrid and cross-platform audiences. It’s based on CSS, HTML, and JavaScript and provides app developers with a variety of programming options.

Launched in 2013, the framework has undergone various updates so far. Developers are using the latest Ionic 6 version for creating hybrid apps.

Xamarin is a product of Microsoft and is older than Ionic in the market. Just like Ionic, the framework can be used to build cross-platform apps as well. Hybrid and cross-platform apps usually target more user traffic and conversion on the mobile app. Most Hybrid App Development projects are conducted along with such frameworks. Xamarin let the developers build hybrid apps using C# and .NET for both Android and iOS platforms.

Xamarin.forms help developers to optimize the re-usability of codes for creating different versions of the same app. Their latest version 5.0 offers new features like- Dark Theme, Normal Mode, and Swipe View, for developers.

Flutter was created by Google in 2017 to support aspiring app developers. In a little time, span, the framework has gotten the attention of global developers and app companies. It is currently the most used cross-platform and Hybrid Application Development framework in the world. More than 40% of app developers and companies are using this tool for building hybrid apps. Additionally, it offers a unique programming language called Dart to experienced developers.

Aspiring app developers can learn this new language to raise their expertise in creating Flutter apps and improve their resumes for future opportunities.

Earlier called PhoneGap it is also an old but renowned hybrid app-building framework. It comes in 3rd position considering the market share. It can help a Hybrid App Development Company create a perfect app for Android and iOS users. The framework is also called Apache Cordova and allows CSS3, HTML5, and JavaScript programmers to create a hybrid app for their clients and target audience.

React Native is the 2nd most popular hybrid and cross-platform framework in the market. The reason for its popularity is that it delivers a native-app-like experience to the users and businesses. Using hybrid and cross-platform apps also feel like using a native app as such. That’s because the React Native framework has a large library of features and functions to raise the performance of a hybrid app.

Besides Android and iOS, the framework is also used to build apps for Windows and Mac OS. Its main USP is its JavaScript library called React which assists in creating a native-level mobile app.

So, these were the 5 best hybrid app development frameworks to try in 2022. You can also review Kendo UI, Framework 7, Native Script, and Onsen UI as the leading alternatives in this context. If you’re initiating your first app-building project, we recommend you approach a well-known Hybrid App Development Company for exceptional results. 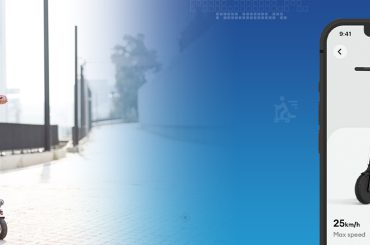 Building an E-Scooter App: Things to Keep in Mind 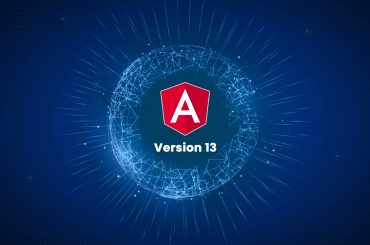 8 Latest Features and Updates to Review on Angular 13 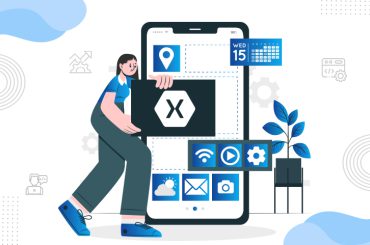 Top-10 Strategies to Gain Maximum Downloads for Your Business App