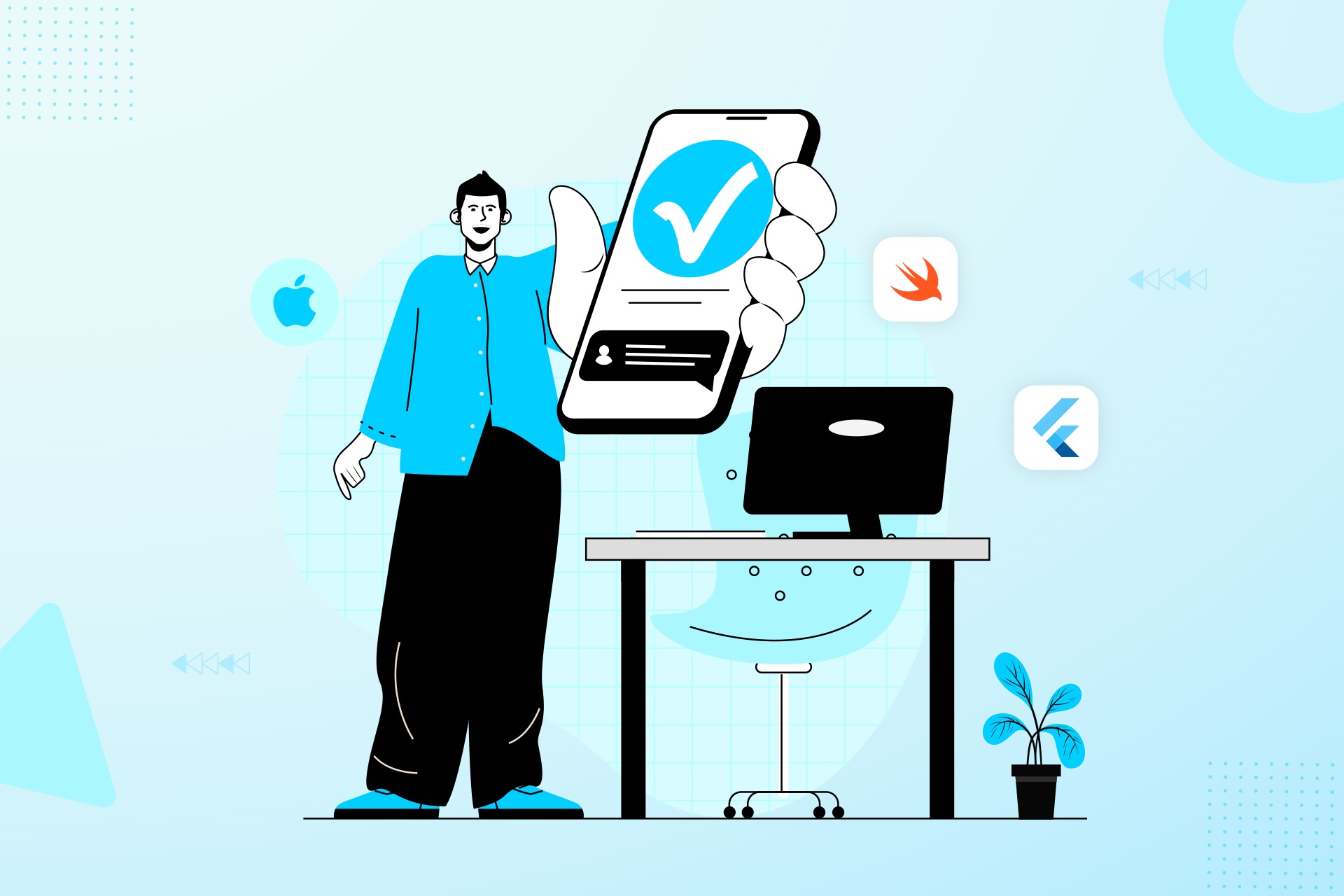 which language is more suitable for ios app development?

The primary language for developing iOS apps development is Swift. It was created by Apple and is suggested for ios app development service, referring to designing, making, and macOS. Apps for the iPhone, iPad and Mac are created by developers using the robust and approachable programming language Swift. Even though it’s less well-known than Swift, Objective-C may also be utilized to build iOS apps.

Apple created the programming language, Swift. Specifically for creating applications for iOS, macOS, watchOS, and tvOS. It has replaced Java as the primary programming language for developing iOS apps since its initial release in 2014. Swift is highly known for its performance, which makes it perfect for building high-performing apps, and its expressive and compact syntax makes it easy to read and write. In addition, Swift contains many features like optional, closures, and generics that make it a universal language that can be used to develop various programs, from simple to complex. Additionally, because Swift is open-source, programmers can add to it and utilize it on many platforms.

Objective-C is a programming language for objects that Apple developed in the 1980s. Before Swift was released, it was the primary programming language used to create iOS and macOS programs. Due to its dynamic binding, which enables the late binding of methods and objects during runtime, and its use of message passing for inter-object communication, Objective-C is well suited for developing object-oriented programs. While Objective-C has one, Swift is the primary language for creating iOS apps. It was developed by Apple and is advised to be used for creating applications for iOS and macOS. Swift is a powerful, user-friendly programming language developers use to build apps for the iPhone, iPad, and Mac.

Even though Objective-C is less well-known than Swift, it may be used to create iOS apps. In addition, thanks to its features like categories and protocols, it is a flexible language that may be used to develop various programs, from straightforward to complex.

Swift has mostly replaced Objective-C, yet it is still in use today. Objective-C is still used to update and maintain older projects, and specific third-party libraries are still written in it. Swift remains the recommended language for iOS development, nevertheless, if you’re starting a new project.

Additionally, developers can only utilize Objective-C on Apple systems because it is Apple’s property and is not open source.

Google developed the free and open-source Flutter mobile app development framework. It is reactive programming-based and based on the Dart programming language. Flutter allows programmers to create responsive, visually appealing, high-performing apps for iOS and Android platforms from a single codebase.

One of Flutter’s unique advantages is its large selection of customizable widgets, which provide a consistent look and feel on both iOS and Android platforms. Furthermore, it offers a reactive programming approach that simplifies the user interface following the app’s status, enabling speedy and fluid animations.

Flutter also offers a short development cycle thanks to its “hot reload” functionality, which enables developers to instantly inspect changes they make to the code in the app. This simplifies testing and enhances the app’s interface and functionalities.

Flutter is becoming increasingly well-liked among developers and is used to make many apps, from straightforward to complex, including startup and commercial apps. As a result, it has a growing community of packages and plugins.

The modern, object-oriented programming language C# was developed by Microsoft. It is widely used to construct Windows desktops and web programs and can be used to create mobile apps. In addition, developers have access to a substantial library of pre-built classes and function through the.NET framework, which also contains C#, which they may employ to create sophisticated, feature-rich applications.

In addition, C# is used to develop Windows 10 UWP (Universal Windows Platform) apps, which may be used to create applications for PCs, tablets, and Xbox consoles, as well as applications for the Windows Phone operating system. Finally, c # programmers may create cross-platform mobile apps for iOS and Android using Xamarin, a solution for cross-platform development.

With the help of Xamarin, programmers may use the same language, APIs, and data structures across a wide range of platforms, sharing a sizable amount of code in the process.

Due to its strict type checking, garbage collection, and automatic memory management, C# is a safe and efficient language for developing large, complex programs. Lambda expressions and generics are additional capabilities that give developers much flexibility and power.

As a result, C# is a universal language that can be used to develop various applications, including those for Windows desktop and internet, Windows Phone, and Universal Windows Platform, as well as cross-platform mobile apps with Xamarin.

ios app development can be made by combining HTML5 with other technologies like CSS and JavaScript. The phrase most usually used to describe this approach is “hybrid app development.” Using tools like Apache Cordova (formerly known as PhoneGap) or Ionic, programmers may create a web application using HTML5, JavaScript, and CSS and then package it as a native app that can be downloaded and installed on a mobile device.

This approach provides several advantages, such as using established web development knowledge, quicker development periods, lower costs, and the capacity to write the code once and distribute it across numerous platforms. However, the performance of these apps might not be as good as native apps, and it might be harder to access particular device functionalities like the camera, GPS, and sensors.

Cross-platform app development frameworks, such as React Native, Xamarin, Flutter, and others, are becoming increasingly popular nowadays. They offer programmers a way to use JavaScript, C#, or Dart to create high-performance, native-like apps.